Born at Neuilly-sur-Seine in 1930, the painter and sculptor Niki de Saint Phalle grew up in New York. At 18 she eloped with writer and childhood friend Harry Matthews, and they had two children together. Niki didn’t fit the domesticated wife mould, and after a nervous breakdown she started painting as therapy. In 1960 Niki left her husband and children to devote herself to her art. She lived with sculptor Jean Tinguely, and became a member of the Paris group of artists the ‘Nouveaux Réalistes’. 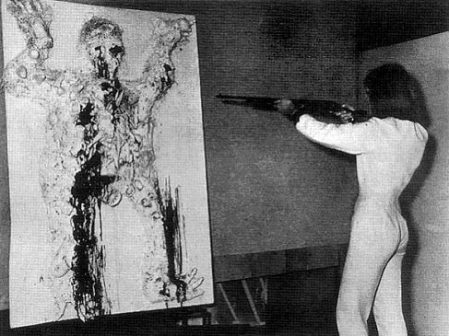 In their group exhibition Niki presented her ‘shooting’ paintings for the first time. She filled polythene bags with paint and enclosed them within plaster on a board backing.

She, or spectators, then shot at the painting, releasing the paint in random explosions of colour. 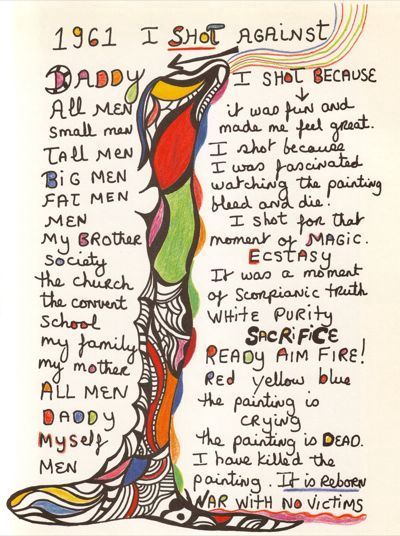 From 1964 came her monumental goddess sculptures, the Nanas (‘nana’ is French for ‘chick’). The buxom, colorful female figures, inspired by a friend’s pregnancy, and first made of yarn, paper-maché and wire and later made of polyester, represent happy, freed women and harbingers of a new matriarchal age. 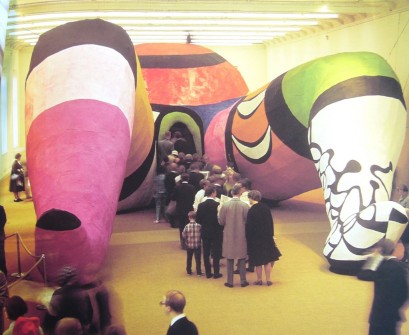 With the exhibition SHE – A Cathedral (1966) Niki de Saint Phalle and the Moderna Museet in Sweden made history together. Her gigantic Nana, which lay sprawled on its back, filled the museum’s entire exhibition space. Bemused visitors entered through the Nana’s vagina and walked around inside the 28-metre long body, which contained a milk-bar, a planetarium, a gallery showing forgeries and a cinema screening a Greta Garbo movie. Newspapers described SHE as a pop girl, a goddess, a ‘vaginal sin’, and a ‘suggestive primordial mother’.

In 1979 Niki began her biggest project – the Tarot Garden in Tuscany. Inspired by Gaudí’s Park Güell in Barcelona, the garden stretches over an entire landscape. During the nearly 20 years of construction, Niki lived inside the massive sphinx-like Empress sculpture, fitted out appropriately with bed, bath etc. The garden was officially opened in May 1998.

In 1994 Niki moved to California and there she worked on her last large series of works, a playful homage to Tinguely’s movable sculptures. Sadly, Niki de Saint Phalle died of emphysema in 2002, as a consequence of years of inhaling toxic polyester fumes while working on her art projects. A short documentary about Niki de Saint Phalle’s shooting paintings is here. 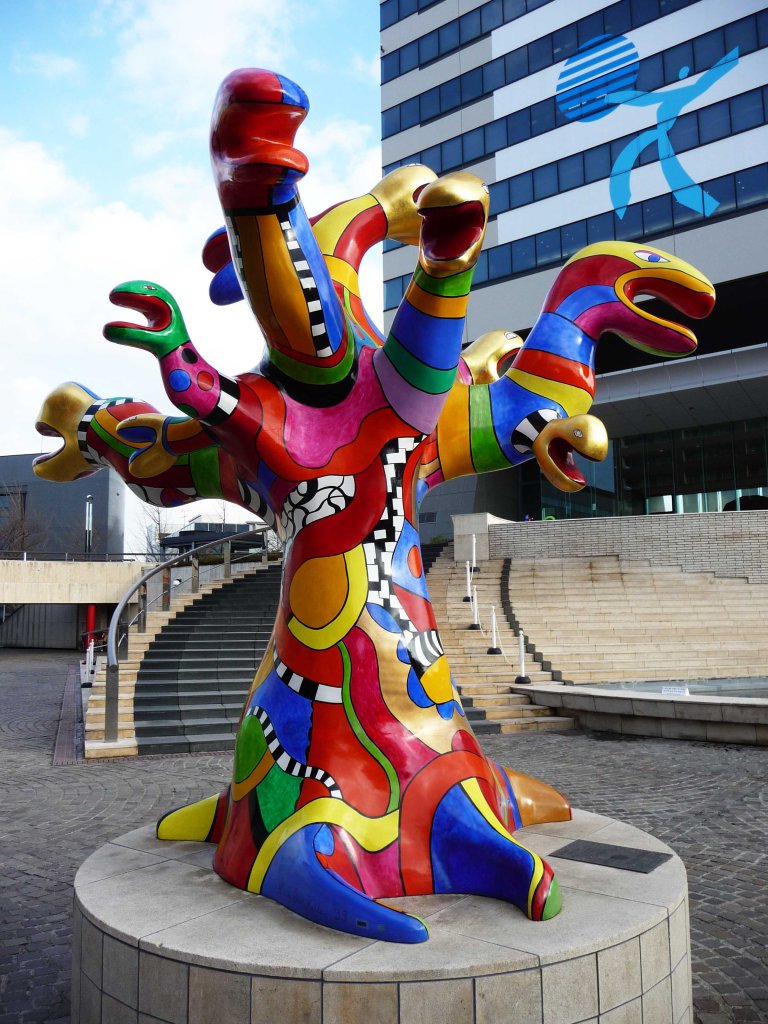 Artist View all posts by Keryn